Rachel Abrams didn’t plan to become a newborn photographer. She just wanted to photograph her own children. “I knew that I wanted to have a family one day, and that I wanted to capture great quality images of them.” So, six years ago, her husband gifted her a DSLR camera for their first anniversary. “I didn’t think it would be a business at first,” she says. However, after an initial photoshoot with her newborn niece and young nephew, she started taking on more clients. “It just picked up.”

Totally self taught, Abrams turned to YouTube and Google for help. “Anything I struggled with, I just YouTubed or Googled it. That’s it,” she says. “You can learn all the facts about your camera, but photographers need to teach themselves through experience. I took a class to learn my camera, a quick course.” But otherwise, Canon Rebel T3i in hand, Abrams simply practiced until she found the looks she wanted.

She also experimented by taking pictures of her son. “Right when he was born, I didn’t really know what I was doing. Posing him felt awkward. I wasn’t experienced at all then, but I knew I wanted pictures of him. I got better as I went.” 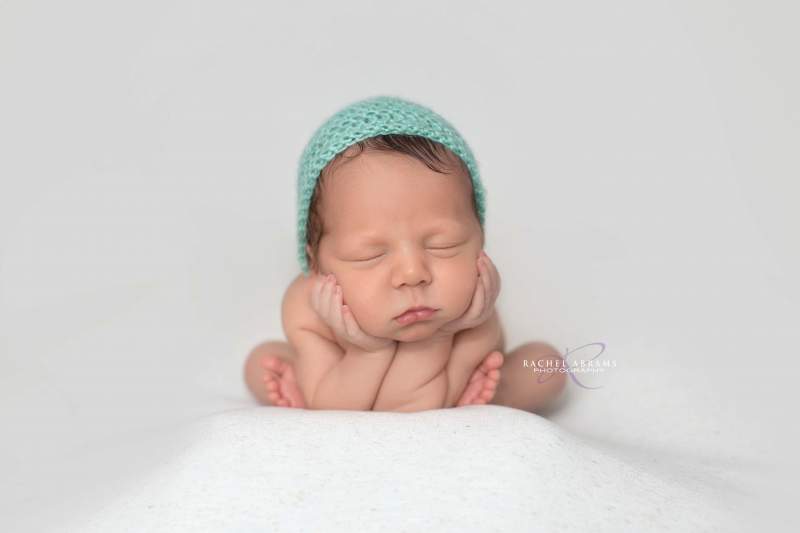 In the beginning, Abrams made house calls for her clients, but felt that the pictures weren’t consistent enough. She shoots with natural light, and some houses simply weren’t suited for it. “And I was bringing so much stuff with me when all they had to do was bring the baby.”

Eventually, she switched to using her son’s bedroom as a studio, and finally a studio room in her home. “The walls are white, with a window right in front, to allow the daylight to shine in and bounce off my walls onto my subject. My backdrop is set up and I have a closet full of props.” 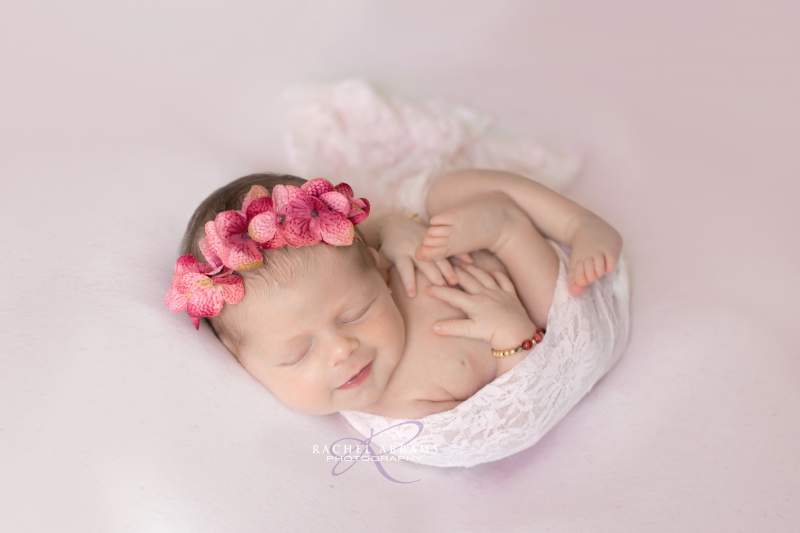 Above all, however, she recommends patience for the newborn photographer. “You may feel the baby has taken control over your shoot. It takes a lot of patience and you have to stay calm for the baby. If they feel calm, then they’re happy.” And happy babies make for better pictures.

Though she pursued newborn photography to take pictures of her family, Abrams’ own children, ages five, three, and seven months old (twins), are her most difficult subjects. “It’s so hard to photograph your own children,” she says. “They only have so much patience with me and after 10 minutes I’m exhausted.” But she persists. “I don’t want to be the shoemaker who doesn’t have shoes for their children.”