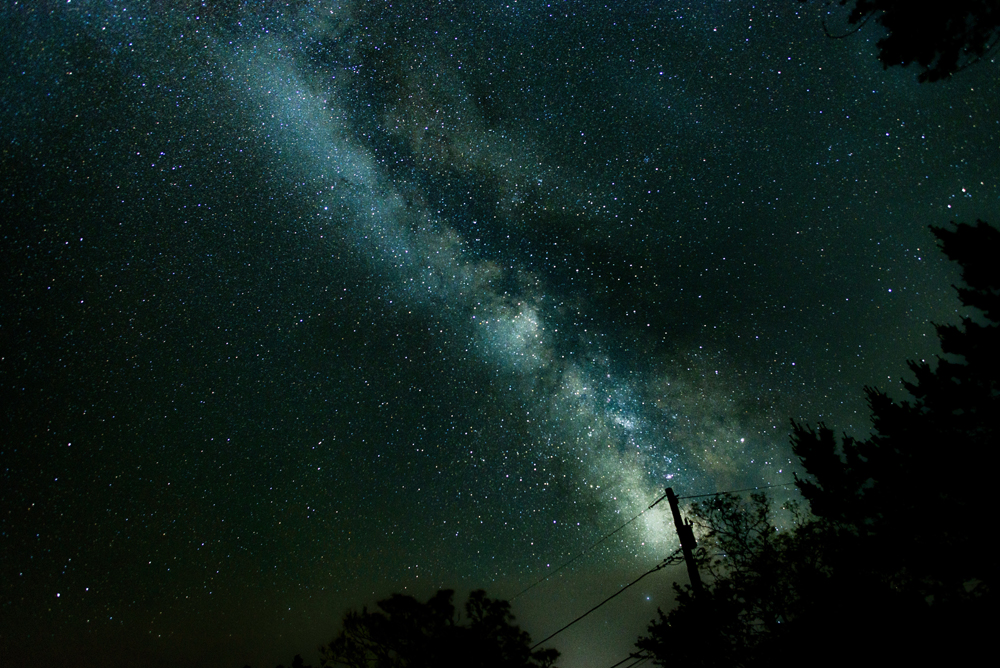 There are lots of types of astrophotography: deep space, solar system, time-lapse. They all require varying degrees of cosmic knowledge and often a fairly advanced telescope. Here, we will focus on Wide Field Astrophotography, which is friendliest for beginners. Wide Field Astrophotography lets you capture images of the starry sky, as well as star trails. At its most basic level, this type of imaging requires just a camera, a wide angle lens, and imagination. Here’s what else you need to know.

Sure, you can take astro images with just a DSLR, but we recommend a few other accessories.  Like many photography woes, a good tripod is the answer to shaky light capture. Stars are entirely light, so if you want to capture tight balls of burning gas rather than deep-sky fuzzies, then a tripod is the key. You also need a wide angle lens, say 35mm or less (something like a 14mm landscape lens is better). If you want to invest in extras, then a remote control or shutter release is another great way to reduce shake. However, if you don’t have one, then using your camera’s ten second delay is another good trick.

If you’re not usually a manual user, well now is your time. You want to start by setting your aperture to 2.8 or a 1.4. Next, go into manual and force your ISO as high as it can comfortably go without too much noise. You may have to experiment with this. Then, take your shutter speed down super low. Starlight has traveled many light years to get here, and your camera needs to let it all in. There are a couple of ways to set stars into focus, but the most direct is to shoot in manual focus and line the focus ring up to infinity. Take a few pictures this way. If it looks weird, then try setting your focus just a little short of infinity. Light Pollution is a real problem for astrophotographers. Just because a space looks dark, doesn’t mean that it’s not riddled with light pollution. New York photographers who want to stay anywhere near the city are basically out of luck. National parks are a great idea, and so are most areas an hour or two out of major metro centers. If you live in the middle of the country, especially in rural areas, than you’re likely to get better pictures just by the nature of your location. Lastly, be sure to shoot in RAW files. You have a lot more versatility in the editing process if you do. As you improve, you may also want to consider investing in a telescope – even a small one to start. Sun spots, supernovas and galaxies get a lot closer if you do.