The Mars Close Approach refers to when Mars and Earth come closest to each other as they both orbit the sun. Earth and Mars have elliptical paths (and Jupiter influences the Mars orbit), so their distance from one another isn’t consistent.  Of course, “close” is relative – in this case we’re talking about 33.9 million miles. Still, it’s a big deal and only happens once or twice every 15 or 17 years! While it’s easier to see Mars with the naked eye during the Close Approach, it’s even easier to see with a telescope. So, we’ve put together some kits you can use to view Mars in the night sky in late July.

Celestron AstroMaster 90AZ is primarily an easy to use, beginner telescope that produces bright, clear images of the Moon and planets. It takes very little time to put together with no tools, so it’s a good option for even the most spatially challenged viewers.  The kit also comes with a 3-axis adapter to take pictures of the night sky through the telescope with your smartphone, as well as a set of filters (including a Mars filter) to better view planets. In addition, Focus Camera includes a photography backpack for beginner astrophotographers to store their gear.

Also suitable for beginners, the Celestron National Park Foundation PowerSeeker 114AZ Telescope features a simple alt-azimuth mount that allows for smooth and accurate maneuvering. The aluminum tripod has an adjustable height with a no-tool setup. Plus, the telescope connects to the SkyPortal app, which helps you locate objects as you observe with audio descriptions. You can use the included 3-axis smartphone adapter to take pictures of the night sky through the telescope with your EOS or Android device. Like the Celestron AstroMaster 90 AZ Telescope, the kit comes with filters (including a Mars filter) as well as a photography backpack for beginner astrophotographers. There is even a bonus Mars Opposition Observing Guide especially for the Close Approach. 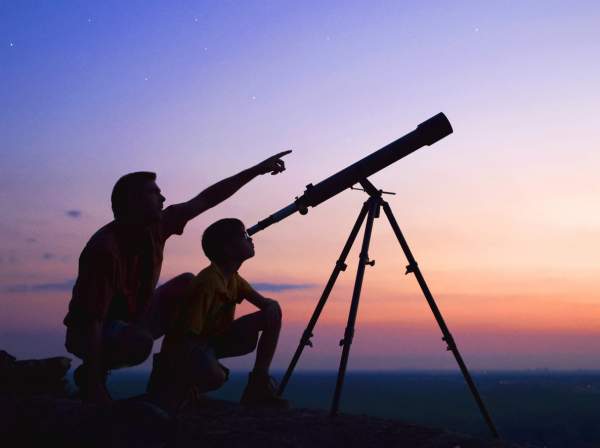 Complete with fully coated optics, the Celestron Astro Fi 90 mm Wi-Fi Refractor Telescope Deluxe Mars Kit is suitable for mid-level viewers. The telescope’s robust, durable construction features a metal frame and polymer body to withstand rigorous field use. Plus, instead of maneuvering the telescope with traditional hand control, connect with a smart phone or tablet using the free Celestron SkyPortal app for a totally wireless experience. It also comes with the Celestron Mars Observing Accessory Kit including filters to better view Mars during the Close Approach, as well as Jupiter, Saturn, and the Moon. Meanwhile, the 2x Power Doubling Lens doubles the magnification of any eyepiece and features T-threads to attach your DSLR for astrophotography with the aid of a T-ring.

With a 17” optic size, the Advanced VX 8″ SCT GoTo Telescope lets you see more of the night sky during the Close Approach. It features Celestron’s unique StarBright XLT optical coatings that increase light transmission by up to 97 percent. The portable Advanced VX GOTO Mount, moreover, is designed with astroimaging in mind, and delivers many of the features found on Celestron’s most sophisticated German equatorial mounts. Plus, the Deluxe Mars Observing Accessory Kit comes with filters to better see Jupiter, Saturn, and the Moon, as well as – you guessed it – Mars! The kit includes a light blue planetary filter for studying surface features and polar ice caps, a green filter for increased contrast of low clouds and dust storms, a red filter to sharpen the boundaries of dust clouds, and a special Mars filter that combines the advantages of red and blue into a single filter to view the red planet.

Comfortably view the Close Approach with an aberration-free, flat field Schmidt-Cassegrain telescope designed to reduce star distortion. The advanced optics ensures that stars appear in focus, even at the edges, thanks to a flat focal plane (three-times flatter than a standard Schmidt-Cassegrain telescope). Plus, EdgeHD optics guarantees maximum light across the widest visual and photographic spectrum to deliver high quality astroimages.  It also comes with the Celestron Deluxe Mars Observing Accessory Kit, featuring a special Mars filter to view everything from polar ice caps to dust clouds.

Whether you’re a beginner, mid-level user, or advanced astronomer, there’s something for everyone to watch the Mars Close Approach in late July.