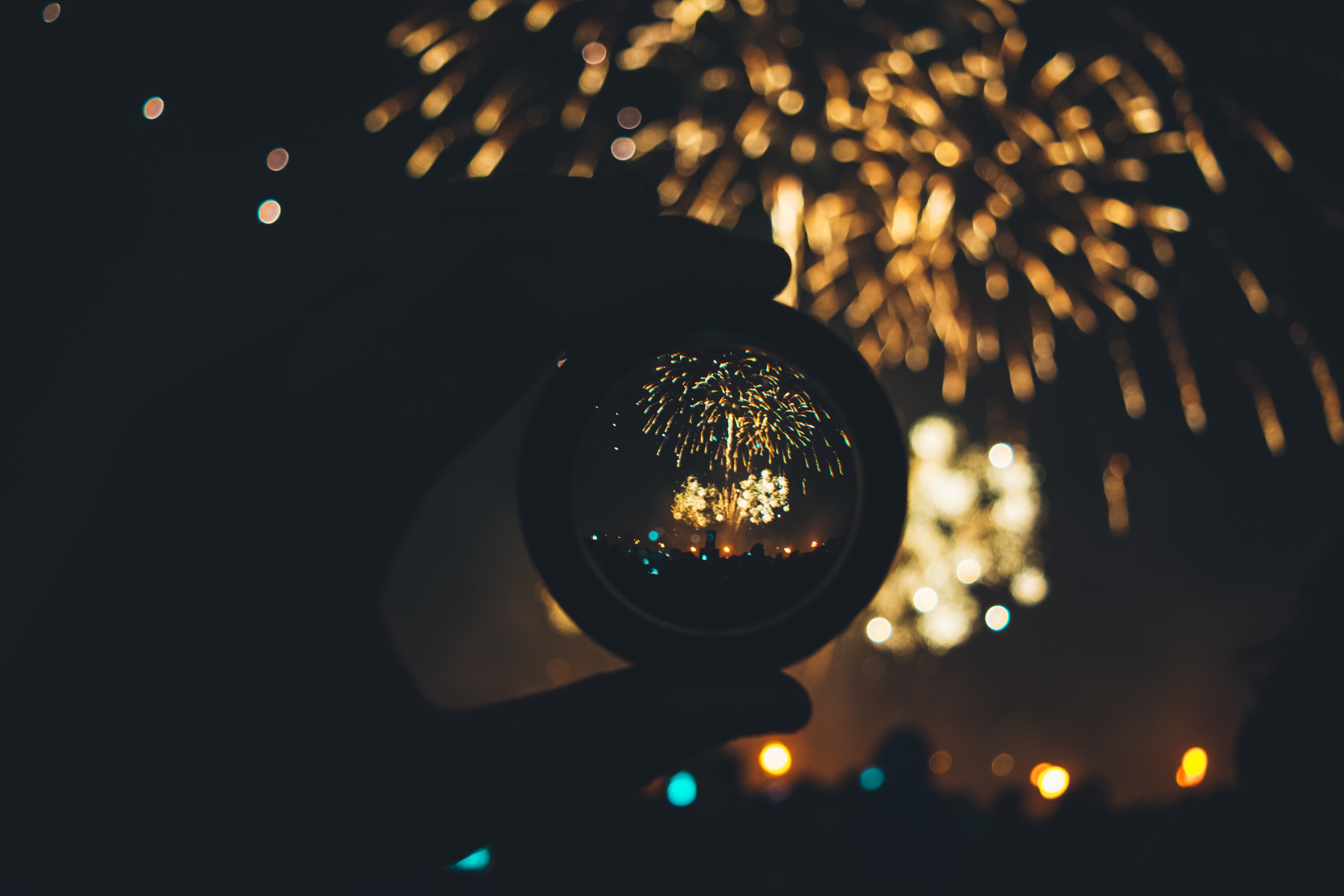 Almost two and a half centuries ago, our nation’s forefathers proclaimed their independence from Great Britain by digging into John Adams’ notorious Chinese fireworks stash and setting the skies aflame. You think we’re kidding, but the truth is not far off.

The day before Adams and his pals signed the Declaration of Independence, he wrote to his wife expressing a desire to celebrate “with Pomp and Parade, with Shews, Games, Sports, Guns, Bells, Bonfires and Illuminations from one End of this Continent to the other from this Time forward forever more.” By 1777, fireworks on the Fourth of July were already in full swing. And an American tradition was born!

One could say – and we are – that it’s your patriotic duty to snap a few pictures of fireworks for posterity. Here’s what to consider.

When it comes to photography equipment, get a tripod. A good one. If you don’t want to lug around a full size tripod, then a sturdy little travel tripod to fit in your bag works too. The point is to reduce as much camera shake as possible while photographing fireworks, which require longer shutter speeds for full effect. You might also try using a remote trigger to limit vibration as much as possible. According to Smithsonian photographers – who know a little something about photographing fireworks in our nation’s capital, just sayin’ – the most important variable to consider is shutter speed. Long shutter speeds typically induce blurry images, but the tripod should counteract the most ill effects. A nice long shutter speed between 3 and 4 seconds is ideal. Fireworks against black sky are pretty generic. Instead, consider framing your shot against other reference points like trees or rolling hills. If you’re out in rural country, then a backlit farmhouse will provide context and interest. Stuck in the city? Use the skyline to your advantage – but be sure to keep your horizon line level. Let your viewer know where they are. If you’re lucky enough to hole up in D.C. for the festivities, then monuments are the ticket!

You want about an F/11, but anything between F/8 and F/16 will do. Aperture simply isn’t as important as shutter speed, but the trick is to keep it in the mid-range or smaller. Fireworks are really bright, so letting in less light for longer periods is the way to go. Similarly, a low ISO like 100 gets the clearest shots. A lesser known trick is to photograph fireworks up wind. If you shoot down wind, then you’re likely to inherit all the smoke. To avoid hazy images, it’s best to figure out wind direction. Taking pictures of fireworks early in the night also ensures clearer skies and less smoke. Apart from a few hard and fast rules like shutter speed and tripod use, photographing fireworks is a lot of trial and error. It’s a good idea to take more pictures than you normally would, especially with digital cameras (no processing fee)! Framing and wind direction are really more about personal preference, so experiment widely. Remember, you only need one great shot!