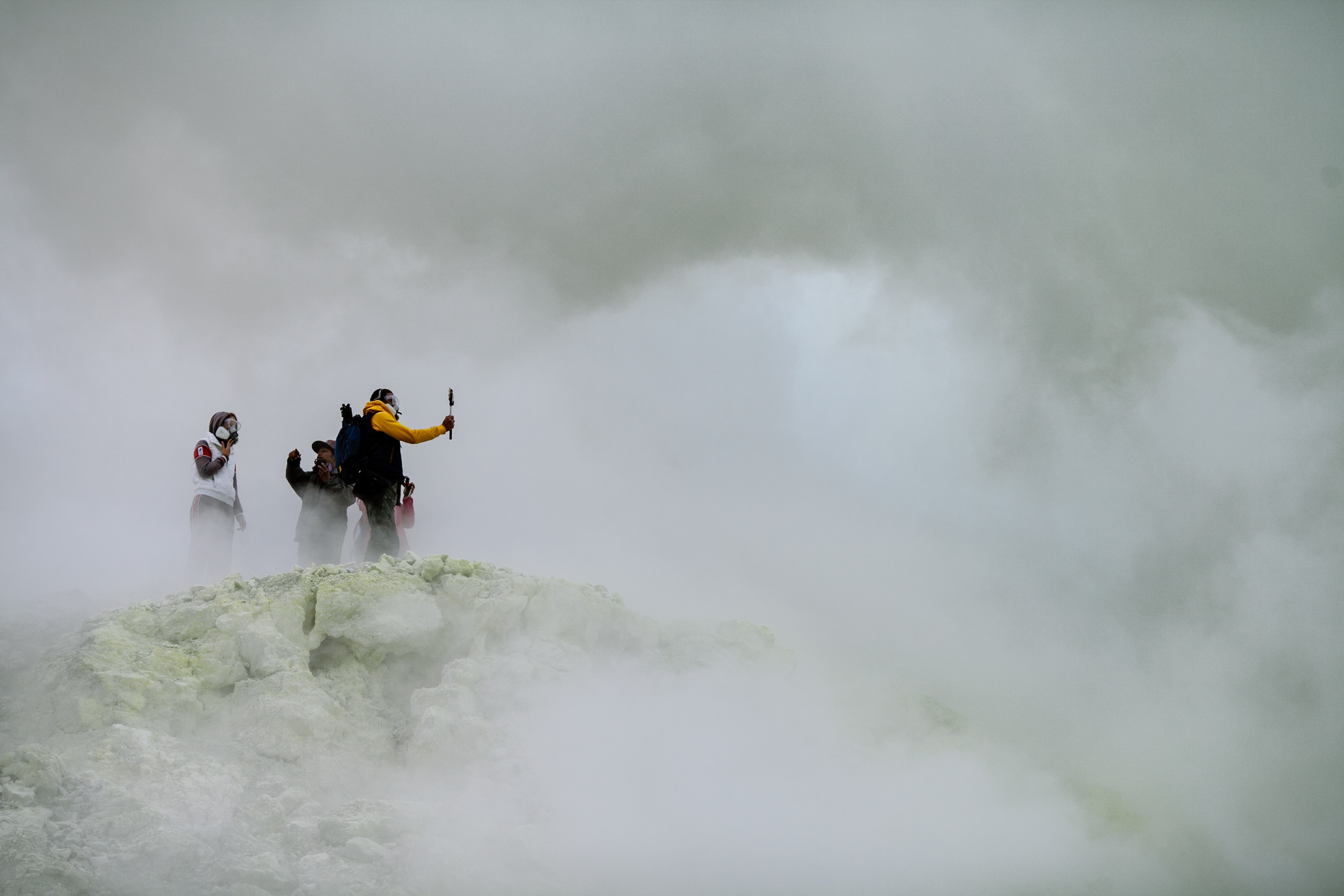 A few years ago, the arbiters of culture were obsessed with unpacking the cultural implications of selfies. Were they an expression of vanity? Entitlement? Evidence of the crumbling American dream? The now infamous 2013 TIME cover story, “Millennials: The Me Me Me Generation,” featured a young woman casually snapping a picture of herself with an iPhone. “Here’s the cold, hard data,” the article begins. “The incidence of narcissistic personality disorder is nearly three times as high for people in their 20s as for the generation that’s now 65 or older.”

And Millennials bit back. Some of it was instant. “Selfies Are Good for Girls” proclaimed a November 2013 Slate article by Rachel Simmons. But most of it took a few years. However, once Millennials found jobs in media, then the push to reclaim the selfie myth began in earnest. Bustle wrote about a study that linked selfies to happiness. Ravishly went as far as to suggest that the anti-selfie movement was anti-Feminist. Suddenly, the tables had turned. Millennials argued that the Boomer obsession with selfies, narcissism and entitlement pointed to a larger cultural problem; not with Millennials, but with Boomers themselves.

In 2016, Quartz published an article, “The myth of millennial entitlement was created to hide their parents’ mistakes.” In it, Sarah Kendzior argues that “When TIME’s cover story was published, millennials were in the fourth year of the “jobless recovery,” facing high unemployment, mounting debt, and an eroded social safety net.” Nice try, it counters. But you can’t scapegoat us for demanding more of an economically damaged system.

Twitter user @jaboukie perhaps summarizes it best: “i cannot afford an house, an car, an family, or 2-ply all i got is me myself and my front facing camera.” At the same time however, Millennials started to grow into their social power (as voters, buyers, and cultural arbiters in their own right) and selfies became an important marketing tool. Forbes published, “Why Selfies Should Be Part Of Your Marketing Plan (And 9 New Photo Apps)” in 2015. Eventually, Baby Boomers, who only a few years earlier had decried selfie culture as a signifier of generational decline, embraced the Millennial obsession to make money. Nowadays, selfies are used not only by CEOs and celebrities, but even, ahem, the current President of the United States.

They are, in a word, normal.

“I wonder what impact was made when “selfie” was added to the Oxford English Dictionary in 2013 and proclaimed word of the year?” asks University of Toronto Ph.D candidate and Floral Manifesto Founding Editor Margeaux Feldman, 31. “The word gained legitimacy and thus couldn’t be as easily brushed aside (because being in a dictionary equals legitimate. Don’t get me started on all of the problems with that logic, but there it is).”

“I think the stigma has died down,” agrees teacher Elizabeth Murray, 27. “Who cares if someone wants to take a picture of themselves and post it on social media? If you don’t like it then don’t hit like.”

Alongside their institutional acceptance, selfies found another home in prominent counter cultural movements. “I think that selfies are, whether we want to admit it or not, an integral part of 4th wave feminism or as one writer has called it “tumblr feminism.” Folks like Petra Collins and others have talked about the ways that the selfie works to reverse the male gaze,” says Feldman, “or to claim ownership over the ways that the male gaze operates in our daily lives. I also think that while this trend started with young girls/women, now you find people of all ages and genders taking selfies and putting them on the internet.”

Time, too, pushed selfies into the mainstream. “People have moved on to the actual potential end of the world, maybe,” says Rutgers Ph.D candidate JD Brager, 28, who studies the ways in which visual languages are constructed through histories of image making. “But also the technology has gotten older – the first front-facing cameras on phones appeared in like 2003; the first iPhone with a front facing camera came out in 2010. Instagram was launched in 2010. We’re starting to get used to the norms that the new technology allows for.”

In John Berger’s Ways of Seeing, a 1972 BBC Two television show enjoying renewed fame in the art world, Berger points out that “adults and children sometimes have boards in their bedrooms or living-rooms on which they pin pieces of paper: letters, snapshots, reproductions of paintings, newspaper cuttings, original drawings, postcards. On each board all the images belong to the same language and all are more or less equal within it, because they have been chosen in a highly personal way to match and express the experience of the room’s inhabitant. Logically, these boards should replace museums.” And in some ways, they have; though perhaps not in the ways that Berger predicted. “Unless you’re a Kardashian, you don’t have a professional photographer following you around all the time,” says photographer Afton Tyree, 28. “Our lives aren’t just weddings, family reunions, birthdays, and new babies – selfies capture the everyday for us, and fill in the gaps where we don’t have somebody else to take the pictures.” Somewhat mundanely, selfies now act as a public record of our lives – for others, but also for ourselves.

“On a practical level, as someone with a fashion blog, posting a selfie helps me get more followers,” says Feldman. “But I was posting selfies even before I had a blog – in fact, the selfies were a reason why so many friends pushed me to start a blog in the first place. But before that, I took selfies because I wanted to celebrate the moments where I felt good about how I looked. As women, we’ve been taught that how we look is always in service of attracting and pleasing men. But in the same way that I choose what to wear just for me, a selfie serves the same purpose of affirming to the world that I feel good about myself.”

“I also think that this claim that selfies are narcissistic or shallow demonstrates that you really don’t understand online culture,” she says. “If you look at the comments on selfies, you’ll see how there’s this whole community of strangers that support one another through the simple act of commenting. So many selfies also include a story about how they’re feeling that day, something that they’ve been struggling with. I’m so inspired by this community of care that has been built online and often revolves around the selfie.” Selfies are inextricably bound to the internet age, where they have been demonized, glamorized, and finally, normalized. Studies predict that Millennials will take thousands more selfies in their lifetimes, while even Baby Boomers and Gen Xers make up a respectable percentage of selfie takers. The war, it seems, is finally over. But who won? Not Baby Boomers, whose relevance in this matter will surely fade as Millennials grow in media and influence. However Millennials, with their high debts and low incomes, can claim only a hollow victory. The myth of Millennial entitlement has been widely deconstructed, but Millennials still suffer from stunted career growth and greater economic challenges than the previous generation. So who?

“People have been making self portraits as long as there has been representational art,” says Brager. “Princess Anastasia and Vivian Maier took self portraits with cameras. […] The shift here is that now we have cameras on our phones, and these digital images are instant and cost nothing to “develop.” The definitional difference between the self-portrait and the selfie is that a selfie is uploaded, it enters networks.”

Last March, the Saatchi Gallery in London opened an exhibition on selfies, featuring pictures from Barack Obama, David Cameron, Benedict Cumberbatch and more alongside self-portraits by Vincent van Gogh and other artists. “In many ways, the selfie represents the epitome of contemporary culture’s transition into a highly digitalised and technologically advanced age as mobile phone technology has caught up with the camera,” Nigel Hurst, chief executive officer at the gallery told The Guardian. By presenting insight into the history and creative potential of the selfie, From Selfie to Self Expression willfully and canonically reincorporates selfies into art.

Between Frida Kahlo, Rembrandt, Picasso and Velazquez, selfies were an integral part of human expression way before Jim Krause coined the term in 2005. “The only thing that has changed is technology,” says Tyree. “Front facing cameras and social media allow us to take and share images of ourselves instantly, so people see them as less valuable.”

For all the original hysteria, the normalization of selfies is perhaps less a reflection on the success of any one cultural movement and more the inevitable cycle of art. As tools of expression expanded into the hands of untrained artists (i.e. everyone) and onto social media, they took on new life and new forms. However, as humans, we were never likely to stray far from our most adored, despised and mysterious of subjects: ourselves.

Need a selfie stick? We can help.