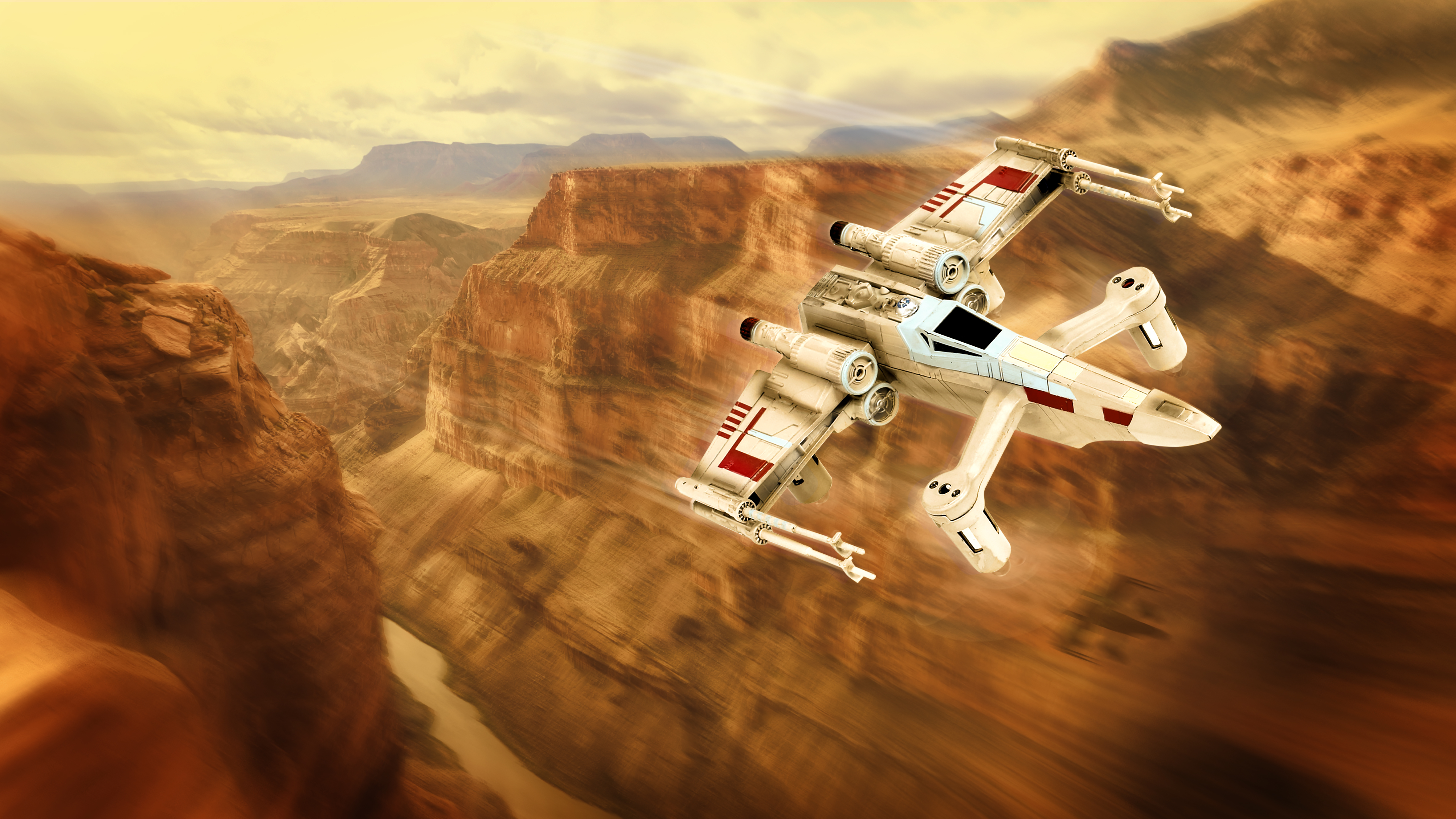 We live in the future. If you’re upset that you don’t have an X-wing, then take a look at Propel’s new line of Star Wars quadcopters. You get to choose between a 74-Z  Speeder Bike, T-65 X-Wing Starfighter, and a TIE Advanced X1 (i.e.  the one that Leia  flies, Luke flies, and Vader flies respectively). They all fly at up to 35mph, and you can – I’m not kidding – battle them. Here’s what else you need to know.

Really, it’s awesome. Not only are these drones hand painted, but they’re totally balanced to fly like starships moving through space! The Propel team developed algorithms to land, maneuver, and flip with a care to realism (or at least the sci-fi version of realism). Chasing is such an important aspect of the Star Wars universe, and it’s ultra satisfying to see these ships fly like they’re supposed to. Frankly, the app is one of the best teaching tools I’ve ever seen. While each drone comes with its own flight manual, the app guides you through Star Wars ‘missions’ that teach you how to pilot and battle your quadcopter. Just slide your phone into the controller, and training mode takes you away. Any battle stats are uploaded to your app profile, which lets you advance through the ranks. Plus, the app helps you host events and create different multiplayer games, which is especially useful when you start doing…

You heard me. Laser. Fights. Battles. These Star Wars drones engage in simulated laser battles using Intelligent Awareness Technology. Battle up to 12 people simultaneously! Your drone communicates in real time using light waves that send and receive data. So, if you’re about to get hit, major star wars characters like Darth Vader will warn you to ‘watch out’ or inform you when you’re close to a destroying another player. Rebel ships shoot red lasers and Imperial ships green – just as it should be. Plus, these lasers are even better than classic IR laser tag, so you can play in fog. But they’re also safe! FDA approved and everything with a divergence lens so that you don’t accidentally hit someone across the street.

There’s a lot of love about these quadcopters. If you need one more: Propel is recruiting drone pilots from around the world to fight in an ultimate laser battle with a million dollar prize. So practice, practice! You might be the next chosen one.